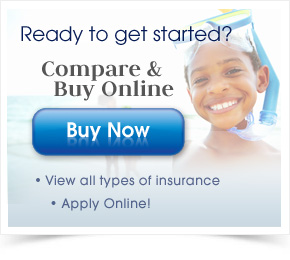 A Captive Insurance Company (Captive) is a property and casualty insurance company established to provide coverage primarily for a parent company. In many cases, the owner of the parent company is also the owner of the Captive; however, the arrangement may be alternatively structured so the Captive is owned by another person, entity, or trust. The costs of this type of planning have become very affordable.

The Captive Insurance Company may be established to provide unique coverage or coverage not available through commercial property and casualty insurance companies. Or, the arrangement may be implemented in order to allow the Captive owner to capture overhead, profit and other capital which would normally transfer to another insurance carrier. Once the desired insurance risks have been identified, an actuarial company will be retained to determine an appropriate premium for the risks assumed by the Captive, which will in turn issue insurance policies for those risks.

Premium payments made by the parent company to the Captive Insurance Company for property and casualty insurance coverage should be tax-deductible as ordinary and necessary business expenses, just as they would be treated had they been made to a traditional insurance company. Additionally, the Captive will likely enjoy attractive tax benefits in that premium income and underwriting profits are tax-exempt, providing that premiums received do not exceed $1.2M annually.

After adjustment for expenses and claim payments, net underwriting profits are retained within the Captive Insurance Company. Over the years, profits and surplus may accumulate to sizeable amounts, and may be distributed to the owner(s) of the Captive Company, under favorable long-term capital gains rules. Amounts set aside as reserves for potential claims payments, plus capital surplus, may be held in life insurance policy cash values. Naturally, the formation of your Captive Insurance Company and eventual issuance of a certificate of authorization to do business, are subject to approval by the insurance regulators in the jurisdiction where the insurance Captive is formed. The insurance regulators will also oversee the organization of, and ongoing operation of, the Captive Insurance Company to assure ongoing compliance with the rules for that jurisdiction.

A properly designed Captive Insurance Company arrangement can provide significant Wealth Accumulation opportunities, and can also allow for efficient and tax-advantaged Wealth Transfer and Asset Protection strategies. Talk to us to explore the feasibility of captive planning for your wealth accumulation and planning needs. We will work along with your legal and tax advisors, risk managers, actuaries, Captive- management- company, and insurance regulators, to help ensure that your Captive arrangement is compliant and meets all requirements for successful implementation.