All Americans should have the same right to well care. There is no doubt that the current system is not helping many Americans who rely on health care to stay alive. The biggest problem with the system is that only people who make a steady income or no income at all are entitled to good health. Only wealthier Americans can afford insurance and the cost of regular preventive care. Even Americans who are under the poverty line are given medical benefits from the government that many middle class Americans can’t even access.

The importance of early detection is often not an option to most who can’t afford regular well health visits. Regular check ups that can detect and treat life threatening disease. Instead, most are forced to wait until it’s too late to get care and either loose everything they own to try to save their lives, or die because they have gone too long without treatment. Money should have nothing to do with life and death. Every person should be entitled to the same resources to keep healthy and prevent death. Yet a striking 60% of American’s claiming bankruptcy claim because of medical expenses. At least 20% of those are Americans who have medical insurance.

One section of the new Healthcare Reform aimed at changing this:
“Sliding-scale subsidies so middle-class, working families can afford the
coverage they need to keep their families healthy.

What’s in the bills:

Why this change is needed:

Read more about Healthcare Reform on this downloadable PDF. 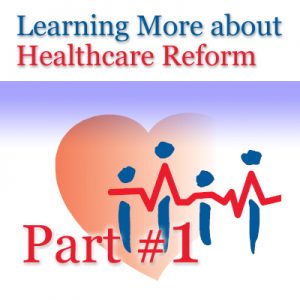