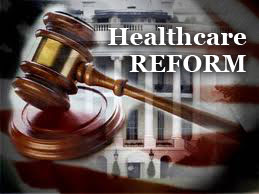 A recent court case in Virginia that was trying to find the new Healthcare Reform Law as unconstitutional was overturned by the 4th U.S. Court of Appeals. Previously, a lower court judge had ruled the federal government could not compel people to buy health insurance or face paying a penalty. In a separate case, the appeals court also dismissed a case against healthcare reform that would require a penalty be paid by those who do not carry health insurance.

President Obama established healthcare reform laws in order to stem the soaring costs of health care services in the U.S., but rival Republicans have been trying to undo the law in the courts, in state legislatures and in the Congress.

The Healthcare Reform Law is set to be fully enacted in 2014. Other things that have already been established from the law includes making it illegal for anyone under 18 to be denied coverage because of a pre-existing condition, as well as allow parents to keep their children on their insurance until they are 26. An upcoming law in 2012 will make birth control free to any insured person and will prevent insurance companies from basing premiums for insurance on anything other then geographic location and age.